Professor Herbert G. Hunt III has been teaching Accounting since 1978, most recently with the Orfalea College of Business at California Polytechnic University. In the Spring 2014 semester, he participated in this study by using ORION in his BUS 214: Financial Accounting course. This course is only for Business Majors, with a separate course that covers the topic for non-business majors. The course has 48 students in a single section.

Professor Hunt did not require his students to use ORION as part of their grade, but did alert them to its availability. Students had the opportunity to engage with up to 13 chapters of content. Over 90% of the students attempted at least one chapter of ORION, while the 9-11 chapter range was the most common. Students spent an average of 106 minutes using ORION, but there was a wide range of engagement across students. Many students engaged with ORION throughout the semester, while others increased engagement mid-term. There is a strong relationship between the time spent in ORION and the number of chapters completed.

Students typically earned either a B or a C in the course, with an overall average of 2.71 (on a 0.00-4.00 scale). The students’ performance in WileyPLUS is clearly associated with the students’ overall grade. Those who earned 91+ in WileyPLUS earned a B in the course, while those who earned an 80 or less earned a B- to C+. Students who engaged fully with ORION and completed at least nine of the chapters earned a solid B in the course, while those who completed fewer chapters were in the B-/C+ range. 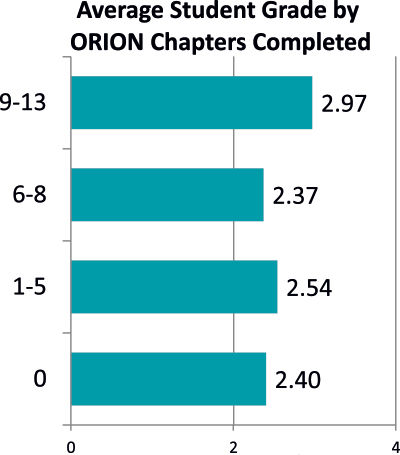 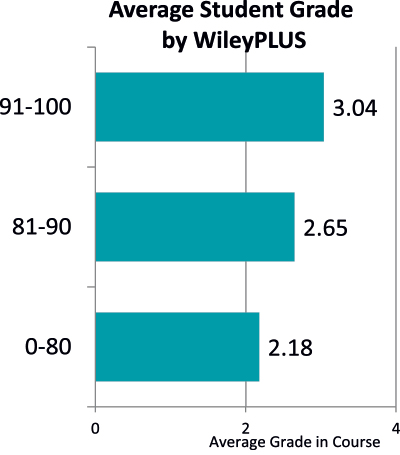 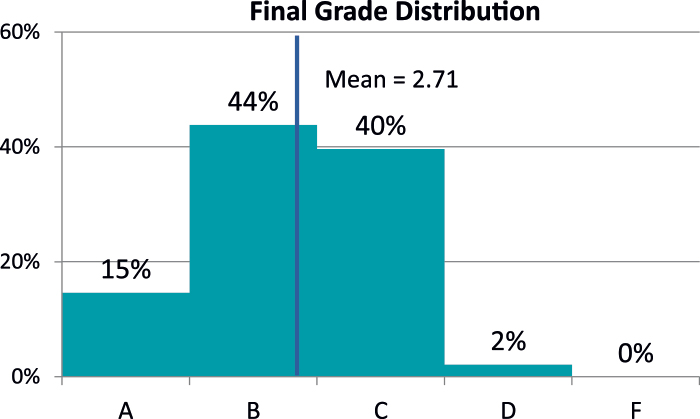 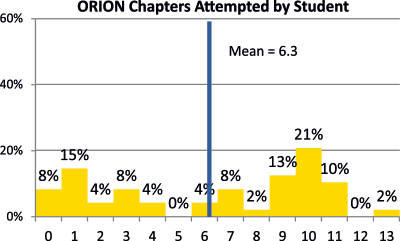 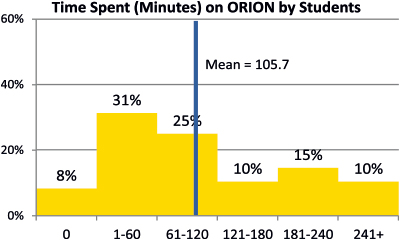 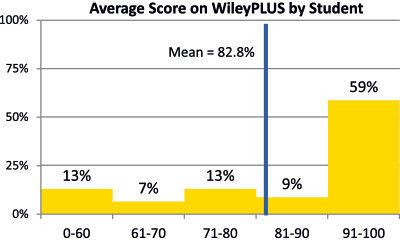