Associate Professor Maryam Bamshad-Alavi teaches Biology and serves as the undergraduate adviser at Lehman College in Bronx, NY. In the Spring 2014 semester, she participated in this study by using ORION in her BIO 340: Human Body and Brain course. The course has a single in-person section with 15 students – the smallest class in all of the ORION evaluation locations. The course is an upper-level course, with students required to take two semesters of Principles of Biology before enrolling.

Professor Bamshad-Alavi did not require her students to use ORION as part of their grade, but did alert them to its availability. Students had the opportunity to engage with up to 13 chapters of content. All of the students attempted at least five chapters of ORION, with an overall average of 8.7 chapters. All students spent at least two hours working on ORION, with a typical student spending just over three hours.

Most of the students performed well in their WileyPLUS assignments. The six WileyPLUS quizzes counted for 10% of the overall grade. All students earned at least a B, with the overall average in the A range. This is not surprising, given that Human Body and Brain is an upper-level course with multiple prerequisites.

Students typically earned an A or B in the course, with the lowest grade given being a D+. The overall average of the grades is 3.21 (on a 0.00-4.00 scale). The students’ performance in WileyPLUS is clearly associated with the students’ overall grade, and has a bigger impact than the 10% of the grade it accounted for. Those who earned 91+ in WileyPLUS earned an A-/B+, while those who earned an 80 percent or less earned a solid B. With few students, and all of them engaging with at least five chapters of ORION, there is little difference in grades among those with higher and lower engagement. 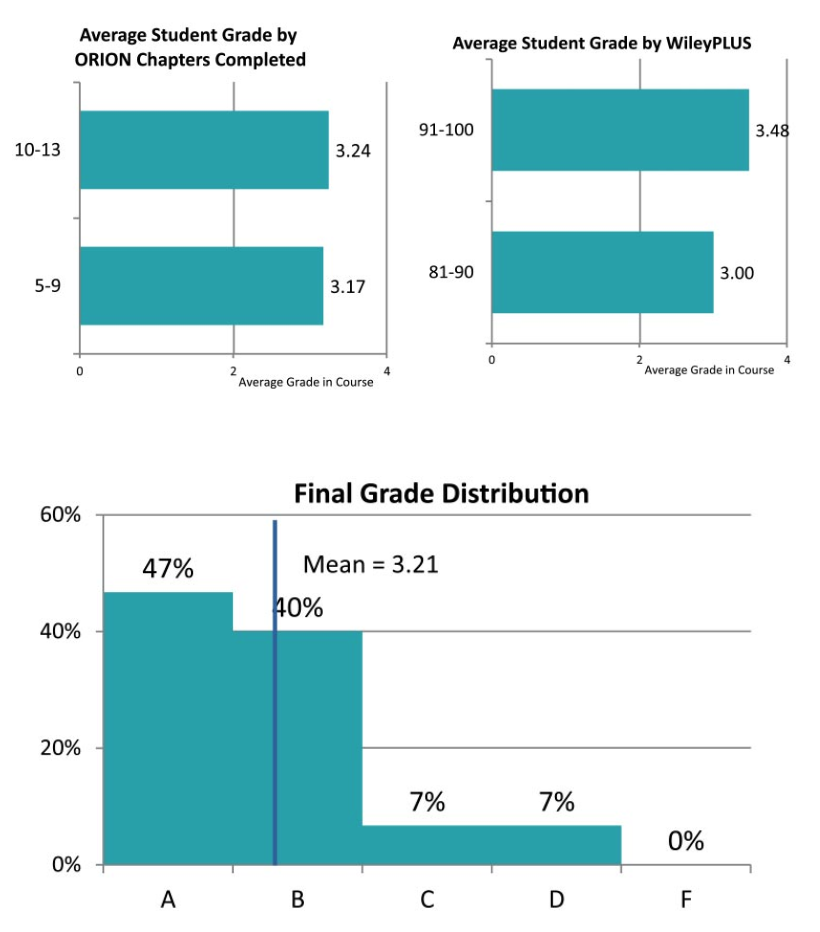 • In this smaller course (n=15), all students engaged with ORION for at least two hours and earned at least a B on the WileyPLUS homework.

• Students did well overall in this upper-level class, earning a B+ grade for the course. 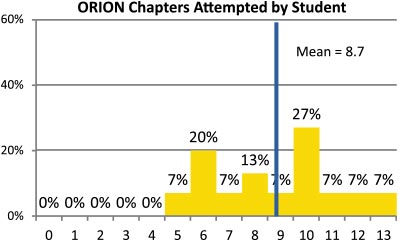 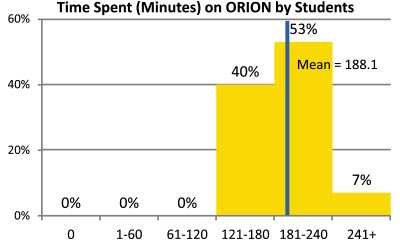 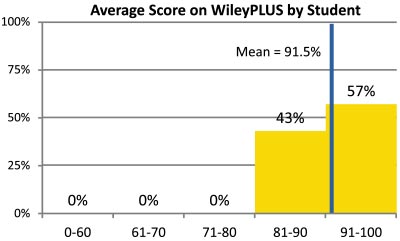