Professor DeAnna Kirchen teaches in the Accounting Department at Golden West College. In the Spring 2014 semester, she incorporated ORION into her ACCT 101: Financial Accounting course. The course had two sections, an in-person section with 32 students and an online section with 16 students. The course qualifies for transfer credit to the California State University and the University of California systems.

Professor Kirchen required students to use ORION, and included the score in the course grade. Students had the opportunity to engage with up to 11 chapters of content. Two-thirds of the students attempted all of the chapters, while the typical student attempted 10.3 chapters. None of the students engaged with fewer than five of the chapters in ORION. Students spent an average of 200 minutes using ORION, with one-third using it for more than four hours. 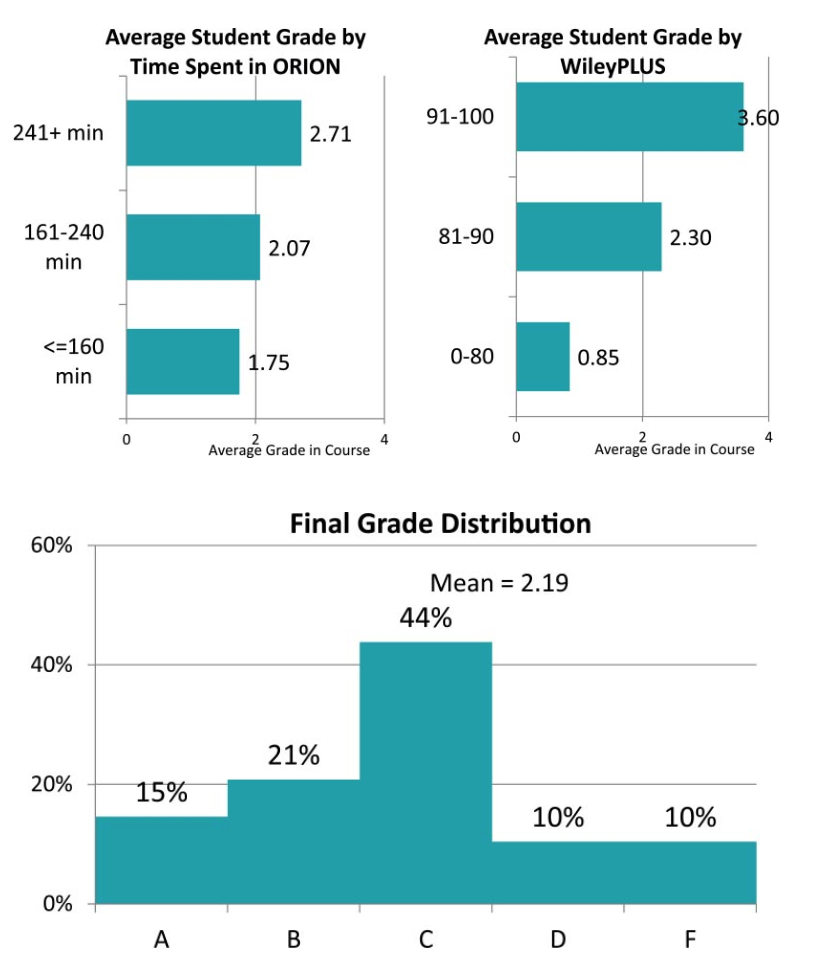 • Performance on WileyPLUS homework is largely reflective of the overall performance in the course.

• The students who put in the extra work in ORION earned an average of a B- in the course, while those who did not earned a C- 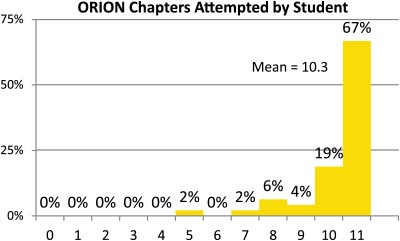 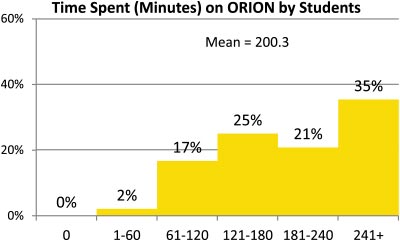 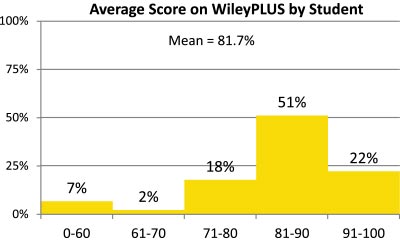